Highlights from Off the Beaten Path.

This week has some interesting things that have come out not just from DC’s Batman #50 but the other publishers are rife with new books and some that are a little off the beaten path. Marvel is bringing us a new pile of number 1s so be sure to check out that Marvel shelf in the shop. I’d like to take a moment though and highlight some of the things that deserve more attention then they get.

A lot of folks come into the shop and they feel intimidated by the sheer volume of stories offered from the two biggest publishers. They look at Superman or X-men and wonder… where the heck do I start? Well, frankly, with the book right in front of you. But that still takes some convincing, so I’m going to change gears and point you to some smaller publishers who tend to put out smaller more confined book releases.

Some of these books have been running a few issues, but if you do some digging on the shelves you might turn up some early issues and find that starting point without having to delve into 40 years of comic book history. Also, you’ll find a LOT of diversity off the beaten path, some are translated some are from creators here in the states. So here is a small listing of what we got in this week, which I can tell you is just a small sampling of what is actually out there an available for order. 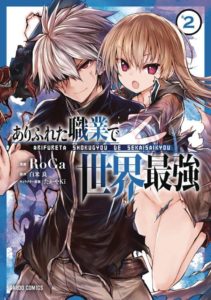 SEVEN SEAS ENTERTAINMENT LLC
(W) Ryo Shirakome (A/CA) RoGa
The manga adaptation of the fan-favorite light novel series! When a classroom of students is transported to another world to act as its saviors, Hajime Nagumo finds himself the weakest link. As his friends and classmates are granted strong classes and impressive abilities due to their existing skills, he is given the weak title of Synergist. When a dungeon quest leaves him separated from his group, Hajime must discover his own talents or be left to rot in this world forever. 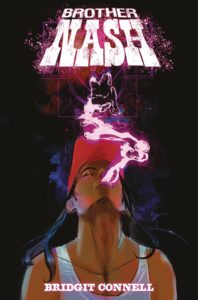 Nash is a trucker, he also sees ghosts, and when the moon is on the rise and violence threatens his friends… He roams as a wolf… As the Highway Beast!
When Nash takes on a mysterious hitchhiker heading for Tuscon, he and his friends are dragged headfirst into his biggest and most dangerous adventure yet! 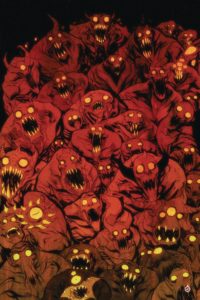 DARK ARK #8
AFTERSHOCK COMICS
(W) Cullen Bunn (A/CA) Juan Doe
The Mother of Monsters has risen… and she cries out to her children. The bonds of supernatural blood are strong. Will any of the beasts on Shrae’s Ark be able to resist? 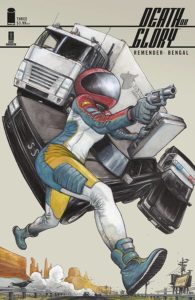 cover B
DEATH OR GLORY #3 (MR)
IMAGE COMICS
(W) Rick Remender (A/CA) Bengal
Glory has found a way to save her father’s life, but getting there means barreling into the heart of her ex’s criminal empire-and the horrors he committed there. 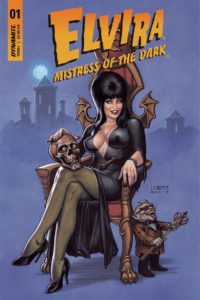 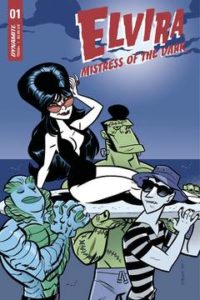 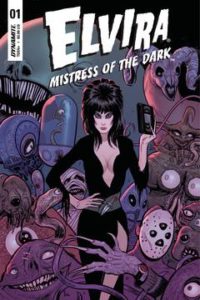 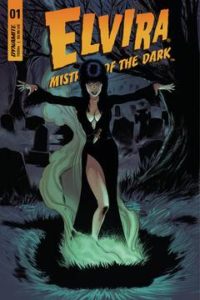 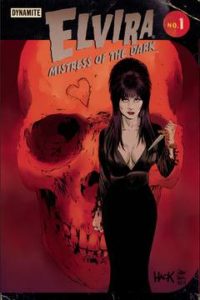 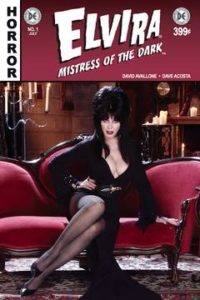 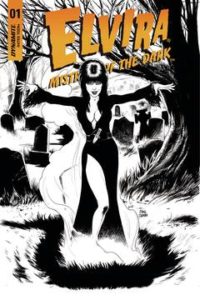 GIANT DAYS #40
BOOM! STUDIOS
(W) John Allison (A/CA) Max Sarin
Ed Gemmel returns to Sheffield after a summer spent healing bones and also his heart. Esther does her best to welcome him back, but neither of them have forgotten his drunken confession. 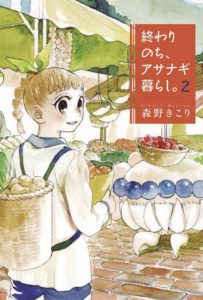 GIANT SPIDER & ME POST APOCALYPTIC TALE GN VOL 02
SEVEN SEAS ENTERTAINMENT LLC
(W/A/CA) Kikori Morino
When you live with a giant fuzzy spider with a heart of gold, post-apocalyptic life isn’t so bad! Nagi is a young woman living alone deep in the mountains. She longs for someone to share her days with, and that’s when she meets the giant, furry spider who will soon become her dearest friend! A tale of unexpected friendship in a distant future.

GO FOR IT NAKAMURA GN VOL 01
SEVEN SEAS ENTERTAINMENT LLC
(W/A/CA) Syundei
Nakamura is a shy boy who falls in love at first sight with another boy – his dreamy high school classmate Hirose. But there’s a problem: they haven’t met yet. And Nakamura is a total klutz who might bungle things before they even begin! In this endearing Boy’s Love comedy about the trials of high school, follow Nakamura’s hilarious attempts to cling to happiness.

HARUKANA RECEIVE GN VOL 01 (MR)
SEVEN SEAS ENTERTAINMENT LLC
(W/A/CA) Kei Murayama
A sexy spin on the world of beach volleyball! When high schooler Haruka moves to Okinawa, she finds herself enamored with the beach right outside her front door and resolves to form a volleyball team with her cousin, Kanata. However, because she’s so short, Kanata gave up on volleyball ages ago. Can Haruka get her to take up the sport again in time for the junior tournament? 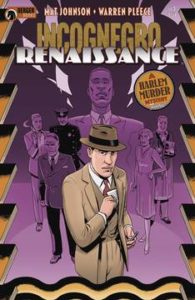 INCOGNEGRO RENAISSANCE #5 (OF 5) (MR)
DARK HORSE COMICS
(W) Mat Johnson (A/CA) Warren Pleece
The long fuse of Incognegro: Renaissance hits the bomb in this noir mystery’s explosive conclusion. Zane Pinchback and his femme fatale Bette discover the story behind the murder that sent them on their quest, and now they must bring that truth to light without becoming its next victims.
o For mature readers. 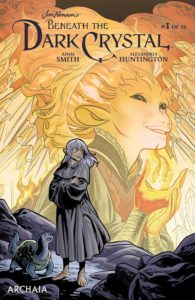 JIM HENSON BENEATH DARK CRYSTAL #1 (OF 12)
BOOM! STUDIOS
(W) Adam Smith (A) Alexandria Huntington (CA) Benjamin Dewey
Writer Adam Smith ( Jim Henson’s Labyrinth 2017 Special) and artist Alexandria Huntington (Avengers Origins) present a new sequel to the hit film! The realm of Mithra is being rebuilt by the newly-crowned Ember Queen Thurma. But while she seeks to save all people, a long-forgotten tribe of Firelings disputes the legitimacy of her reign… and they have proof that another Fireling is the true heir to the throne. 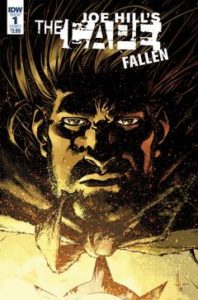 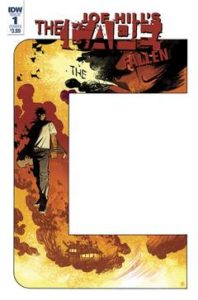 cover B
JOE HILL THE CAPE FALLEN #1
IDW PUBLISHING
(W) Jason Ciaramella (A) Zach Howard (CA) Nelson Daniel
During the original tale told in Joe Hill’s The Cape, our protagonist-turned-antisocial antagonist Eric disappeared for three days as he got comfortable with his new abilities? Where did he go? What did he do? And more importantly, who died during this period? The original creators return to tell a hyper-detailed and hyper-grim story of this oh-sol-lost period…. 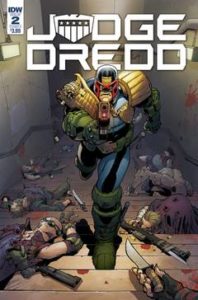 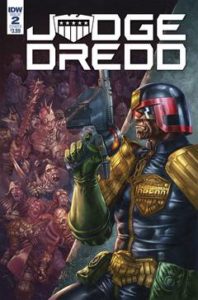 cover B
JUDGE DREDD UNDER SIEGE #2 (OF 4)
IDW PUBLISHING
(W) Mark Russell (A) Max Dunbar (CA) Alan Quah
Trapped in the Patrick Swayze Block with no outside contact, Dredd and Judge Beeny have been forced into an uneasy alliance to stop a threat to Mega-City One that must be contained at all costs… 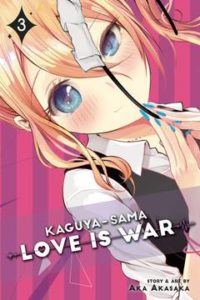 KAGUYA SAMA LOVE IS WAR GN VOL 03
VIZ LLC
(W/A/CA) Aka Akasaka
Will Kaguya and Miyuki share the shelter of an umbrella in a storm? Is carrying a knife dripping with blood proof that Kaguya is trying to kill a member of the student council? How will Kaguya react when Chika introduces her to potty humor?
Then, Chika must intervene when Miyuki dispenses bad advice on a topic he knows nothing about, Miyuki tries to develop his kinesthetic intelligence and Kaguya and her personal assistant play a practical joke on Miyuki that has dire consequences. 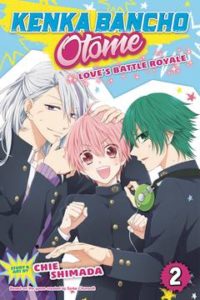 KENKA BANCHO OTOME LOVES BATTLE ROYALE GN VOL 02
VIZ LLC
(W/A/CA) Chie Shimada
Hinako takes her twin brother Hikaru’s place at Shishiku Academy for boys. Fights break out every day, but there are also lots of heart-palpitating events with the boys that she never expected! And as the battle to be the boss of the school rages on, will Hikaru make it to the top? For teen audiences. 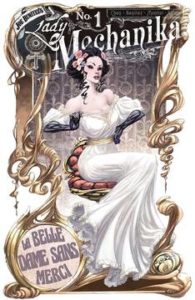 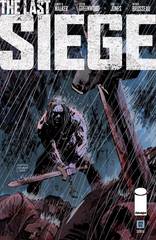 cover B
LAST SIEGE #2 (OF 8)
IMAGE COMICS
(W) Landry Q. Walker (A) Justin Greenwood (CA) Gabriel Hardman
The mysterious Stranger prepares the castle for war, while Feist and his men struggle to avoid the executioner’s axe. With little hope, and less time, the Stranger unveils his secret weapon.

LITTLE DEVILS GN VOL 01
SEVEN SEAS ENTERTAINMENT LLC
(W/A/CA) Uuumi
Prepare for one hell of a babysitting job in this slice-of-life comedy about a dozen little devils! After the defeat of the demon king, twelve adorable demons were born into the world. God orders Byron, mad, bad, and dangerous to know, to raise the little devils into paragons of virtue for the sake of peace across the land. Now Byron must summon household powers and slay domestic chores in the life-or-death struggle of raising little kids! 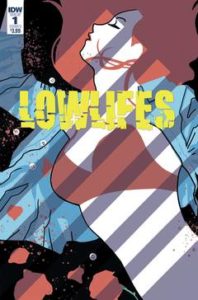 LOWLIFES #1
IDW PUBLISHING
(W) Brian Buccellato (A/CA) Alexis Sentenac
In the seedy Los Angeles underworld, lives intersect like freeway overpasses. When a crime boss’s poker game is robbed, three lowlifes-a bad cop, a drug addict, and a haunted thug-attempt to stay one step ahead of the others, as redemption or destruction is their only ticket out… 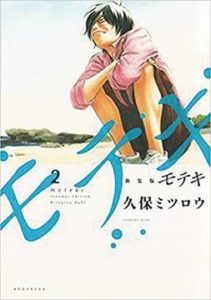 MOTEKI GN VOL 02 (MR)
VERTICAL COMICS
(W/A/CA) Mitsurou Kubo
One of the hottest authors in Japan today, makes her English language debut with a story about love, coming of age and hope…at age 30! Mitsuru Kubo (creator of YURI on Ice!) reveals how you never know when fortune will strike. So when love strikes repeatedly to one once lonely person, all at once, she knows it’s time to take a chance! It could be all or nothing when happiness is at stake! Yukiyo Fujimoto’s life has been in a rut. At a time when the prospects for hope seem at their lowest, suddenly his phone blows up! Out of the blue he is contacted by several women from his past! 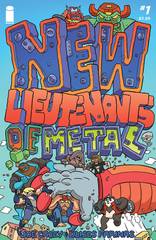 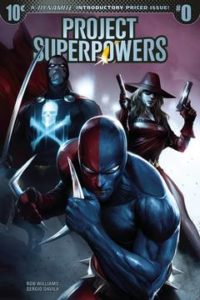 An all-new threat faces the Earth, while the team faces turmoil from within and must overcome all obstacles to prove their worth and value in a world that desperately needs its heroes. The Death Defying Devil, Samson, Black Terror, Masquerade, Green Lama, Scarab and more are all here as the adventure begins again.

Featuring an introductory story leading right into the all-new #1 next month, Project Superpowers #0 is action-packed and introductory priced. Includes bonus materials and 16 pages of original story. 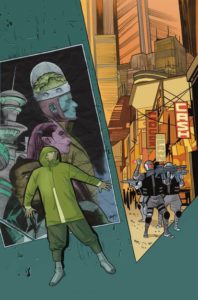 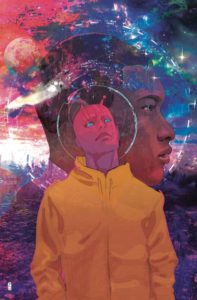 cover B
QUANTUM AGE FROM WORLD OF BLACK HAMMER #1
DARK HORSE COMICS
(W) Jeff Lemire (A) Wilfredo Torres (CA) Christian Ward
Set in the world of the Eisner Award-winning Black Hammer series-but a thousand years in the future-a collection of superheroes, inspired by the legendary heroes of Black Hammer Farm, must band together to save the planet from an authoritarian regime. A young Martian must find a way to reform The Quantum League to save the world while solving the riddle of what happened to the great heroes of the twentieth century. Black Hammer creator Jeff Lemire (The Terrifics) is joined by Wilfredo Torres (Legion) in illustrating while Dave Stewart (Hellboy) adds his colorist skills to the mix.  o Based on Jeff Lemire’s Eisner Award-winning series! 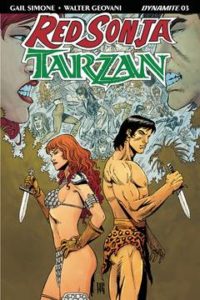 As I close out this list I want to say. This is only a few of the other-than-DC-Marvel that we carry. You’ll have noticed I listed a number of Manga titles, among the normal floppies, we have an ongoing buy 3 get the 4th free sale running, please abuse it. There are many other books I wish I had the time to list but there is only so much time in my day. Which ironically is why I can’t, like many, get around to reading all these amazing books. I mean, look at the talent that  is working on some of these. Its really outstanding stuff just to see on the shelf, but I don’t want it to stay here, no, no. I want it to go home with you and I want you to tell me what YOU thought of it. So when you aren’t sure where to start… just take a peek, there are many interesting things sitting on the shelf for you. Cheers and good reading!